In a year of lockdowns, bubbles and covidiots, one thing has remained constant. The supply of creative jazz. In fact it gets more and more difficult to make a final selection. That said, here are the ten albums that have given me the greatest pleasure over the past 12 months, ranging from trio to tentet. Together with an appendix of other albums I wouldn’t be without…. 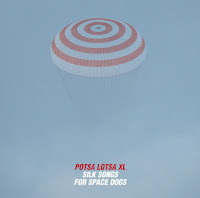 Potsa Lotsa XL is a ten piece ensemble led by saxophonist Silke Eberhard and harbours some top names from the Berlin scene, including trombonist Gerhard Gschlossl, cellist Johannes Fink and the excellent Taiko Saito, whose vibraphone adds a unifying hue to the music on this album.

Silke’s music is influenced by the work of Eric Dolphy. In fact an earlier album from the smaller Potsa Lotsa featured the complete Dolphy songbook.

On Silk Songs for Space Dogs we have eight originals from the leader, often with striking arrangements. You can also hear a touch of Mingus (check out Silke’s work with the trio I Am Three, also on Leo Records) and shades of New Dutch Swing. And during lockdown I saw Potsa Lotsa XL ‘live’ at a couple of online Festivals. They served to reinforce the fact that this is a classy ensemble. 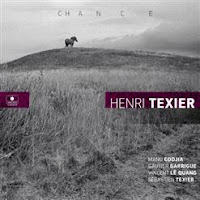 Another tour de force from the veteran French bass player, a musician who has graced the jazz stage for over 50 years….and has performed with many seminal figures on the scene.

On his new release Chance, he brings along the same band that appeared on his previous album Sand Woman, an album that was one of my Picks of 2018. The two albums differ in that on the earlier release, all the compositions were by the leader, whereas here, all five musicians contribute.

As always, Henri’s playing is fluid, melodic and deceptively effortless. His son, Sebastien splits his time between clarinets and alto saxophone and Vincent Le Quang between tenor and soprano saxophones. Long-time associate Manu Codjia is on guitar and Gautier Garrigue, drums. And, as with many of Henri Texier’s albums, Chance comes adorned with the atmospheric photography of Guy Le Querrec. 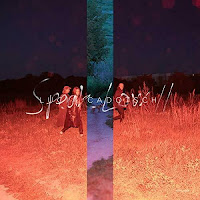 Lucia is one of the most interesting female vocalists on the European scene, not only in the quality of her voice, but in the settings she places it and the music she chooses. Speak Low II follows the acclaimed Speak Low released in 2016, and features the same band, with Otis Sandsjo on sax and Petter Eldh on bass.

Here there is a mix of standards, traditional and popular songs, from Kurt Weill to Randy Newman. The arrangements are far from ordinary, with Petter's throbbing bass and Otis’s quirky, sometimes anguished approach to the saxophone adding an edge to proceedings. Some tracks add guests Kit Downes on Hammond organ and Lucy Railton on cello.

Speak Low 2 was recorded in Berlin….where the Swiss vocalist is now based. Which may account for the sense of dark cabaret which pervades this recording.

Dinosaur - To the Earth (Edition). 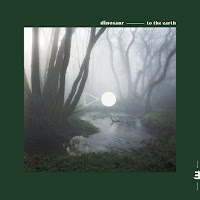 The quartet Dinosaur comprises Laura Jurd, Elliot Galvin, Conor Chaplin and Corrie Dick, four musicians that have had a major impact on the UK scene over the past decade.

It’s the band’s third album, but unlike the first two, this is more of an acoustic outing. Not totally acoustic, but electronics are used judiciously. On occasion trumpeter Laura picks up the mute. She also features the fluegelhorn and tenor horn (a first on record for her I believe).

The album harbours five memorable originals from Laura, one jointly credited piece, plus a take on Billy Strayhorn’s Absinthe. There is humour throughout and nods to earlier forms of jazz (maybe not surprising considering Laura’s work with Chris Batchelor).

I recently saw the band perform at the virtual Cambridge Jazz Festival where they had a chance to stretch out on some of these numbers, confirming that this particular reptile is far from extinct. 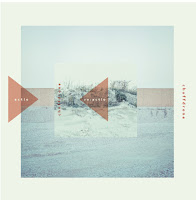 One of the great pleasures of hosting a jazz radio show is coming across an artist or band that make you really stop and listen. Such was the case with chuffDRONE , a quintet from Vienna.

Their new album came my way at the beginning of the year, following their eponymous debut in 2018. In fact it’s a concurrent release of a CD and an LP with one track common to both. The seven track CD is titled Re:Actio, the four track LP Actio, with titles alluding to Newtons 3rd Law.

And even though composing duties are shared, there is a common style. It comes across as a kind of suite, with a touch of theatre and an underlying sense of mystery. Some of it reminds me a little of the music produced by that other Viennese stalwart, Max Nagl. Reed duties are split between Lisa Hofmaninger and Robert Schrock, with Jul Dillier on piano, Judith Ferstl bass and Judith Schwarz drums.

I was most impressed. So much so, that I ordered a copy of their first album. You can find Re-Actio  and Actio on the Jazzwerkstatt imprint, the Austrian label with that name not the German one. 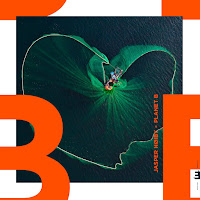 Another ensemble led by a bassist. This time a trio. And an album with a strong political message about the state of our planet, whether it be the ecological crisis we’re facing, or issues around human interaction, all topics close to Jasper’s heart.

Jasper’s compositions allow plenty of space for Josh Arcoleo to show what an excellent saxophonist he is. Here Josh takes things out a little further than I’ve heard before. And Marc Michel’s impassioned drumming stokes the fire box. The music is interspersed with voice and sound samples to emphasise the underlying theme.

Planet B was one of the highlights of the 2018 Cambridge International Jazz Festival and the promo blurb indicates this is the first of four albums over the next four years. It would be nice if they could link each release with a visit to Cambridge. 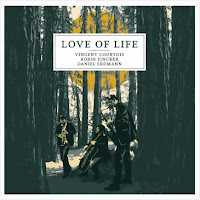 Mainly original music performed by the international trio of Vincent Courtois, cello, Robin Fincker tenor sax and clarinets and Daniel Erdmann tenor sax. Music inspired by the life and works of Jack London and recorded in Oakland, California, where the writer lived. In fact the album cover shows an image taken from an outdoor performance at the Jack London State Park.

Chamber jazz is the term that often is used to describe small group acoustic outings where there are classical overtones. However it doesn’t imply formality, especially not here, where the trio can slip into the blue, free up time or swing like crazy, often when least expected. Check out their take on the only non-original, Am I Blue.

It’s the trio’s third outing on record. Their first used the fairground for inspiration, their second, film music. One wonders where next. And if this clicks with you, then why not check out the trio Reverso (see below) where Vincent shares the stage with trombonist Ryan Keberle and pianist Frank Woeste. 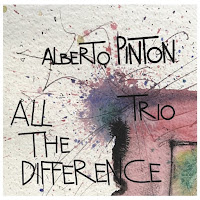 Imagine. The wonderfully rich sound of Alberto Pinton’s baritone saxophone underpinned by the strummed bass of Vilhelm Bromander and decorated with the loose drumming of Konrad Agnas. Who could resist?

Just one scenario on an album that was a late arrival on this list, coming my way mid-December. Elsewhere Alberto picks up clarinet, bass clarinet and alto flute, adding variety to the eleven originals.

The Italian reedsman has been a mainstay on the Swedish scene for over two decades and has graced many ensembles, from the Bohuslan Big Band to the quartet Dog Out. He’s someone who deserves to be better known. Let’s hope this latest outing does the trick. 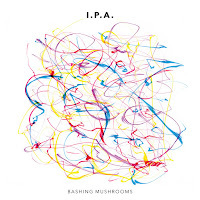 A band that began its life paying homage to Don Cherry, but has now moved to create their own loose style, mining that fertile territory between post-bop and free.

Atle tells me that they started as a trio, hence the initials, and added Magnus in 2008 and more recently Mattias. And there is a link with beer, albeit only in the sound of Magnus’ surname. And if you’ve not encountered them before, then this album would be the perfect place to start. It’s also a contender for album title of the year. 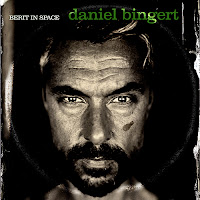 Daniel Bingert was born in Stockholm, and spent some of his youth in Uruguay. He has worked in various musical settings including a Latin big band (with his father) and a jazz fusion trio. And although he is also a bass player, he leaves bass duties on Berit in Space in the capable hands of Torbjorn Z.

The music herein eschews Latin and fusion and comes across as a 21st Century take on classic 50’s jazz, with some memorable compositions from the leader and the sextet often sounding like a larger ensemble.

Finally congratulations must go to Jonas Kullhammar and his Moserobie label who have been documenting the Scandinavian scene for twenty years. Here’s looking forward to another twenty.

…and…as always…more 2020 releases that I wouldn’t be without: