As always with end of year lists, my choice is limited to those albums I’ve heard....a tiny fraction of what’s new.....so there will be plenty of good stuff I’ve missed!  However, here’s a selection of the new albums that have given me most pleasure over the past year (in no particular order).
Sasquatch: Enter the Sasquatch (CCAP Knirk)
Gunhild Seim & Time Jungle: Morpho (Drollehala) 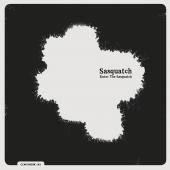 Jazz from Scandinavia has certainly thawed over the past decade, stoked by the likes of bands such as Atomic and Motif, together with the output of small labels such as Moserobie and Bolage. Over the past year I’ve been impressed by a couple of bands from the Norwegian port of Stavanger. Both have albums on minor labels. The first is a quintet by the name of Sasquatch, which I’m reliably informed, is another name for Bigfoot! The second is led by trumpeter Gunhild Seim, shares two musicians with Sasquatch (saxophonist Arild Hoem and drummer Dag Magnus Narvesen) and goes by the name Time Jungle. Both bands play a fiery brand of freebop, together with some chamber jazz. 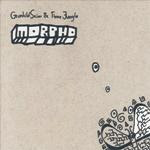 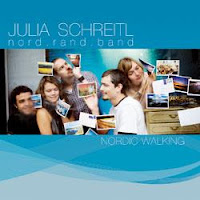 Mature and inventive playing from a young band of mainly Swedish musicians brought together by Austrian reed player Julia Schreitl, and going by the name of the Nord.Rand.Band. 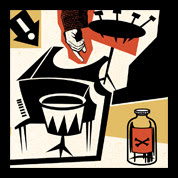 There’s the old adage that jazz is too serious for its own good. Well here’s a double album from Italy that proves otherwise. Released on the excellent El Gallo Rojo label, the album is a tribute to Shelley Manne. It’s a mix of tunes performed or recorded by the drummer over his illustrious career and played by an aggregation of mainly Italian musicians going by the name Shtik. They’re led by another drummer of note, Zeno Di Rossi.

Sebastien Texier Trio: Don’t Forget You Are An Animal (Cristal) 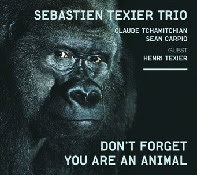 It must be tough climbing out from the shadow of a father who is considered by many to be one of the fathers of modern European jazz. But I believe that saxophonist / clarinettist Sebastien Texier has done just that. Stunning playing from Sebastian, Claude Tchamitchian and Sean Carpio, a true trio of equals. Their new CD deserves to be on everyone’s best-of-year lists.


The Nice Guy Trio: Here Comes The Nice Guy Trio (Porto Franco)
Trumpeter Darren Johnston appeared on my best-of-year list in 2009 with his excellent CD The Edge of the Forest (Clean Feed). He turns up again this year with The Nice Guy Trio.....completed by Rob Reich on accordion and Daniel Fabricant on bass, together with special guests. Melodic music that appeals to the head, heart and feet in equal measure. 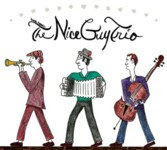 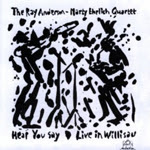 A real crowd-pleaser from The Ray Anderson - Marty Ehrlich Quartet ....with Brad Jones on bass and Matt Wilson on drums. All flailing limbs and alimentary noise. Wonderful stuff. 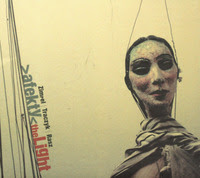 A second outing for The Light on Multikulti. Clarinettist Waclaw Zimpel has certainly spread his wings over the past year, benefitting from the close association of Polish clubs such as Alchemia with the likes of Ken Vandermark and crew. Probably the most outward bound album in today’s selection.
Five In Orbit: Freaks (Fresh Sound New Talent)
Five In Orbit are quintet with a membership that straddles the Pyrenees, with Ramon Fossati on trombone, Olivier Brandily on reeds, Laurent Bronner on piano, Nicolas Rageau on bass and Luc Isenmann on drums. An energetic outing full of good humour....well worth your attention. 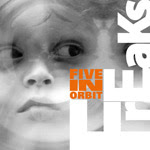 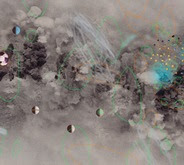 Ben Sluijs, Mathias Van de Weile, Lode Vercampt and Dimitri Simoen......The Brick Quartet. I can’t make out if this is their only album as a foursome....although clearly the individual players are very active on the Belgian scene with bands such as Moker and the Ben Sluijs Quartet. However I  recommend you check the brick quartet website.....that’s www.brickquartet.be  for plenty more interesting sounds from this fascinating band.