As always, it’s been difficult selecting my Pick of 2013. I've only heard a fraction of the new releases and on another day I may have chosen differently (hence the appendix). However, all the albums below come recommended. This year’s listing contains a trio of albums recorded live, plus a couple that take a new look at the tradition. Most are self-released or released by independent labels. So.....in no particular order:

Ben Goldberg – Subatomic Particle Homesick Blues (BAG Production)
For starters, this recording wins ‘album title of the year’. And that title also reflects the mix of old and new that one finds on this album. Ben manages to mine that exciting seam of jazz that falls between the tradition and the free. And he brings in some heavyweight support to help him, namely Joshua Redman, tenor saxophone, Ron Miles, trumpet, Devin Hoff, bass, Ches Smith and Scott Amendola drums. 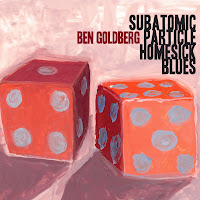 Ben has come a long way since his early recordings with the New Klezmer Trio two decades ago. Sadly this particular line-up was (as Ben puts it) a band for a day. But as you can tell from the music, they were made for each other!
Subatomic Particle Homesick Blues can be found on Ben’s own label ...BAG Productions. Check his website for further details. And while you’re about it, why not check out Bens other 2013 release with Nels Cline, Rob Sudduth and Ellery Eskelin......Unfold Ordinary Mind.


Nils Wogram and his Root 70 quartet are regulars on Jazz Today, but as far as I can make out, this is their first outing with strings. And, as with all their releases, the blues are never far from the surface. Take the title track as an example, introduced by the crying viola of Gareth Lubbe. 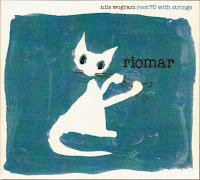 Nils is one of the premier trombonists in Europe, master of everything from classical stealth to rousing gutbucket. Alto saxophonist Hayden Chisholm comes on like a 21st century Paul Desmond, and Matt Penman and Jochen Rueckert provide subtle yet creative support. The string trio add a different dimension to Root 70’s sound. The writing is creative, without ever slipping into sentimentality.
The sleeve notes begin with the question, ‘what manner of an album is this?’ Answer: a bl**dy good one!


Drummer Deric Dickens is a name I’ve not encountered before, but he arrives fully formed (so to speak) on this fascinating debut by his trio The Dickens Campaign. It’s a collaboration between Deric, Kirk Knuffke (cornet), and Jesse Lewis (guitars) and pays homage to the late musical archivist Alan Lomax. Ten tunes inspired by American folk and blues, given a 21st century makeover by the trio. 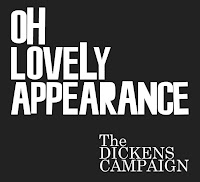 I’m increasingly impressed by Kirk Knuffke, who can turn his cornet to any genre, whether it be bluegrass with Petr Cancura's Down Home, Dixieland with Jeff Lederer’s Swing n’ Dix or the avant garde stylings of another trio with guitar and drums, Sifter. That’s not to downplay the role of Deric and Jesse who contribute greatly to this entertaining and accessible release.

The promotional material describes it as ‘music that has its eyes on the far horizon ....and its feet on the front porch of America’. I couldn’t describe it better.

The Portuguese Clean Feed Record label has garnered quite a reputation for releasing high quality, adventurous jazz. And this debut release from Mark Dresser’s new quintet is no exception. 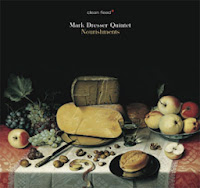 Mark says that the music is centred on his personal approach to the jazz tradition and song form. Seven tracks played by a premier-league band comprising Rudresh Mahanthappa, alto sax, Michael Dessen, trombone, Denman Maroney, piano and Tom Rainey or Michael Sarin drums. Michael Dessen’s trombone is a revelation throughout, and Denman Maroney’s prepared piano (hyperpiano) adds a different dimension to the group sound.
Mark finishes his liner notes with the comment ‘thank you for listening’. Thanks Mark for creating such enjoyable music.


‘Op Der Schmelz’ translates to ‘At the Foundry’ and is a venue in Dudelange in the south of Luxembourg. I’d not encountered saxophonist Roby Glod before.  He hails from Luxembourg and has brought together a top-rate international band, with bassist Mark Tokar from Ukraine, drummer Klaus Kugel from Germany and pianist Roberta Piket from the USA. 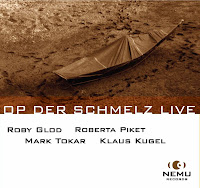 As with the Mark Dresser release, it’s an album that sits on the boundary of jazz and the avant garde and harbours an exciting tension. I’m used to hearing Mark and Klaus in this context, having worked with the likes of Ken Vandermark, Michel Pilz and Theo Jorgensmann, but it’s astonishing to hear Roberta Piket in such a free environment. She is excellent throughout.
Op Der Schmelz Live is released on the Berlin-based Nemu label, a label run by Klaus and violinist Albrecht Maurer.


There are many piano trios vying for notice in the world of contemporary jazz. However, occasionally one comes along that makes you really stop and listen. Such was the case (for me at least) with this trio led by pianist Nick Sanders with Henry Fraser on bass and Connor Baker, drums. 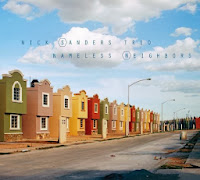 Nick is a young musician whose compositions never quite go where you expect them to. His playing is quietly inventive, but often unsettling. It’s reflected by the album cover which shows a deserted street of pastel coloured houses akin to a Tim Burton backdrop.


Nick has been mentored by Fred Hersch, who produced this intriguing new release. A recommendation in itself.


This duo have played together on and off for over a decade and that experience shows on this engaging album. Matthieu first came to prominence with Daniel Humair’s Baby Boom, and on this recording he splits his time between, tenor and soprano saxophones and clarinets. Bassist Sebastien Boisseau is turning up with increasing regularity on Jazz Today, most notably with Hans Ludemann, Simon Spang- Hanssen and Alban Darche. His skills are clearly in demand. 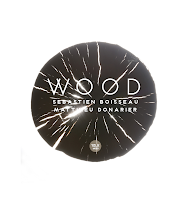 This album comprises a dozen short tracks, all bar 2 composed by the pair. It’s like listening to a series of private conversations. The CD comes in a box with a circular piece of wood. Make sure you put the right thing in the CD player.


Steinar Raknes previous quartet album (Tangos, Ballads & More) came my way long after its release date, and hence was not considered for my end of year listing. However this new live recording was released earlier this year, and it is equally enjoyable. 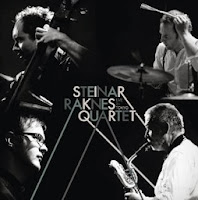 On this second outing, the violin of Ola Kvernberg has been replaced by the piano of Erlend Slettevoll, but the rest of the band are the same; Jon Pal Inderberg, baritone sax, Steinar Raknes, bass and Hakon Mjaset Johansen, drums.
Steinar’s tunes are memorable and influenced by the music of South America and the folk music of his native Norway. However that doesn’t mean they fall into the easy listening category.  And all four musicians contribute challenging solos, much to the delight of the Tokyo audience. And mine!


Henri Texier leads a number of line-ups from sextet to trio, with overlapping personnel. This is the first outing on record for his Hope Quartet. 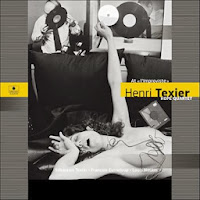 The album was recorded live at L’Improviste, a jazz club based on a barge in Paris. And from the liner notes you get the feeling that this was not intended as a recording session, but the sound engineer at the club did just that. The quality of the performance clearly convinced Henri that this was suitable for release. How right he was.


As a result the album comes across as free-er than recent releases from the bassist. The soloing of Francois Corneloup (baritone sax), Sebastien Texier (alto sax and clarinets), Louis Moutin (drums) and the leader himself is first rate and their combined energy is remarkable.
My hope is that they visit the UK asap. I’m sure we can find a barge..... 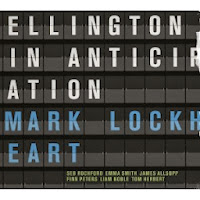 A septet that graced the Hidden Rooms in Cambridge in March 2013. And despite an horrendous journey from Belfast in the snow, they gave a highly entertaining performance, including a much deserved encore. And their skill is well captured on this enjoyable release.
Marks creative arrangements of the Ellington (and original) compositions still allow space for the band to explore. And what a band it is. Alongside Mark on reeds are Finn Peters and James Allsopp. Emma Smith is on violin, Liam Noble piano, Tom Herbert, bass and Seb Rochford drums.


I think the man himself would have been impressed!

As always there were plenty more releases I enjoyed over the past year. Here are some of them:

The Autumn Edition is now cast! Listen using the widget on the left-hand panel: