Jazz is alive and well and thriving all over the globe.  And to prove the point, my ten favourite albums of 2012 emanate from Japan to Scotland, by way of darkest Slovenia! The albums feature upcoming musicians performing with established names, traditional forms mixing with the new, and jazz influenced by classical, rock and folk. Most of my choices appear on small independent labels, which often allows for greater freedom of expression.
As always it was a tough choice, and there is plenty of music I’ve not managed to hear. So, in no particular order......

A jazz album disguised as a soundtrack album, with a sleeve image that could easily be a still from The Sting. And no, not a band from Chicago, but a quintet from Slovenia led by bassist Robert Jukic. 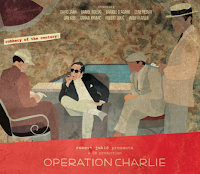 Robert is one of those musicians who fails to recognise musical boundaries and his output is all the better for it. The album has track titles based around a gangster storyline on the sleeve. The cast comprises top Slovenian talent, plus Daniels D’Agaro and Noesig from Italy and Austria respectively.
It’s interesting to have both bass and tuba in a band this size, but it works well, thanks to the agile playing of Robert and Goran Krmac. A new take on traditional forms and great fun. 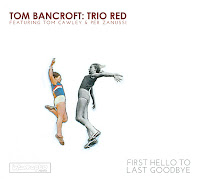 Tom is an undersung hero of the Scottish scene, having produced some excellent albums with Trio AAB and Orchestra Interrupto. His new trio features Norwegian bassist Per Zanussi, an established leader in his own right and pianist Tom Cawley, who has been making waves on the UK scene for the past decade. And although this trio only had a short time together before recording, the album comes across as a mature statement, mixing free improvisation with composed pieces.
It’s an album that takes time to reveal its treasures. In fact I think it holds some of Tom Cawley’s best playing on record. 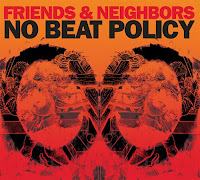 Not another soap opera, but a superb free-bop quintet from Norway, featuring Thomas Johansson on trumpet, Andre Roligheten on reeds, Oscar Gronberg on piano, Jon Rune Strom on bass and Tollef Ostvang at the drums.
It’s been a great year for the burgeoning Nordic scene with exciting young bands popping up all over Scandinavia. Friends and Neighbors (yes, that is the spelling) are yet another product of that nursery of jazz talent, Trondheim. The CD was released at the end of last year....but was too late to appear on my 2011 listing.

An Italian trio with an album that reeks of the blues. Sadly we hear too little from the Italian scene in the UK, but the always inventive El Gallo Rojo is a label well worth keeping an eye (and ear) on. 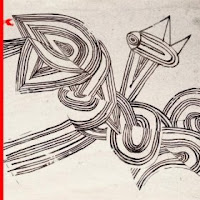 Sankofa comprises 15 short tracks and features three of the labels key protagonists, Paolo Botti, Enrico Terragnoli and Zeno de Rossi. Between them Paolo and Enrico play a range of stringed instruments, including viola, dobro, banjo and mandolin, whereas Zeno contents himself with drums and percussion. Composition duties are shared, with one track from Franco D’Andrea, plus the Morton/Armstrong composition Wild Man Blues.
As with the Robert Jukic album above, it’s a modern look at the roots of jazz and highly recommended. 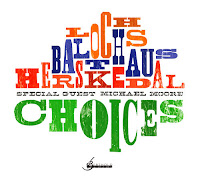 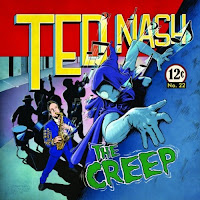 An album with a 12 cent comic book cover, and another sleeve-note storyline to match. There’s nothing cheap about the music though, and it’s good to hear saxophonist Ted Nash in a relatively free setting without piano or guitar. He is given excellent support from the vastly under-rated Ron Horton on trumpet, Paul Sikivie, bass and Ulysses Owens, drums.
Ted has been a key player on the New York scene for many years, most notably as part of the Jazz Composers Collective.  The JCC recently celebrated 20 years in existence with a series of concerts, including one by this line-up. Oh to have been there.
The album can be found on Ted’s own label, Plastic Sax Records. More please. 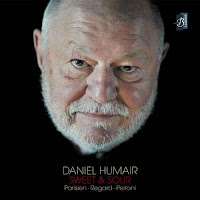 Daniel Humair is one of the elder statesmen of European jazz, having played with most of the leading names over the past 50 years. He’s a Swiss musician who established his credentials on the French scene, and despite his age he seems to revel in mixing it with younger players. His Baby Boom quintet garnered a great deal of praise, and now we have Sweet and Sour, which I think is also the name of the band.
Their mix of accordion with saxophone, bass and drums creates music that falls somewhere between the cafe and free jazz. Vincent Peirani is no ‘ordinary’ squeezebox player and it’s good to see saxophonist Emile Parisien working outside the confines of his own quartet. Bassist Jerome Regard completes a tight foursome.

Another quartet with accordion, this time played by Satoko Fujii.

Satoko and Natsuki Tamura have many outlets for their music, and Gato Libre is the most lyrical, incorporating traditional folk elements into the mix. It’s their 5th release, and alongside Satoko on accordion and Natsuki on trumpet are Kazuhiko Tsumura on guitar and Norikatsu Koreyasu on bass.
It’s a hauntingly beautiful album, made even more poignant as Norikatsu died shortly after this recording in Tokyo in September last year. This album is dedicated to him. And a loving tribute it is. 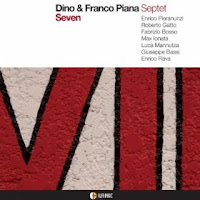 The most mainstream album in my selection. Beautifully arranged and recorded, it features nine (!) top Italian musicians including trumpeter Fabrizio Bosso, pianist Enrico Pieranunzi and drummer Roberto Gatto. Enrico Rava guests on one track.
The band is led by father and son team Dino and Franco Piana, on valve trombone and trumpet respectively. All the compositions and arrangements are by Franco and he shows he is world class talent. One of his compositions is titled Eighty and One, which was the age of his father at the time of recording. I’ll be happy if I can carry a trombone at that age, let alone play it with the energy of Dino! 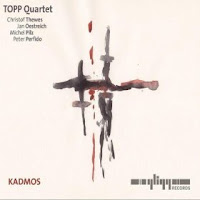 TOPP, an appropriate acronym constructed from the musicians surnames. Michel Pilz is a master of the bass clarinet, and he focuses on that instrument alone. His outings on record are few and far between, so this recent release is very welcome. Even more so, as his compatriots in the TOPP Quartet are no slouches either.
Trombonist Christof Thewes is a band leader in his own right, with numerous recordings under his belt, often including bassist Jan Oestreich. Drummer Peter Perfido is American by birth and has played in Michel’s trio and quartet (with Bob Degen). The composed tunes on Kadmos were written by Christof and allow plenty of space for Michel to stretch his wings. There are also two freely improvised pieces.