Not a ‘Best of 2018’. Just a selection of albums that came my way this year that I wouldn’t be without. And why. 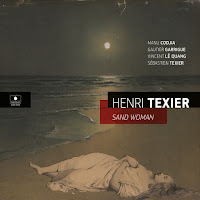 I must admit, my initial response on seeing the line-up to Henri Texier’s new album was one of disappointment. Surely a new band would struggle to rise to the bar set by the amazing Hope Quartet (see Pick of 2013). I needn’t have worried. Here are the bassist’s characteristic sound and compositions performed by two of Henri’s regulars (Manu Codjia and Sebastien Texier) along with two newcomers (Vincent Le Quang and Gautier Garrigue). All of whom come up to the testing standards set by the leader.
Henri has been relatively prolific over the past few years with releases from the aforementioned Hope Quartet, his Sky Dancers sextet and as leader on a 30 year Anniversary album for Label Bleu. Here he revisits four compositions he’s recorded before, together with two new numbers. Try wrapping your ears around the wonderful blues ‘Hungry Man’.
Henri. Almost 74. Still driving from the bass. Long may he continue. 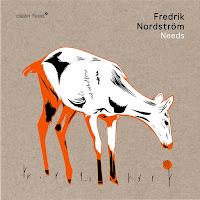 Clean Feed seem to be cropping many of the more forward-looking bands from Scandinavia. And here’s another; a double quartet led by saxophonist Fredrik Nordstrom. Two reeds, two brass, two bass and two drums. Seven compositions from the leader, all in a nice loose free-bop mode, utilizing some of the top players on the Scandi scene.
The two quartets are divided up according to channel. Great for checking if you’ve got your speakers wired up correctly. Left channel features Fredrik on saxophones, Mats Aleklint, trombone, Filip Augustson, bass and Christopher Cantillo drums. Right Channel, Fredrik Ljungkvist, sax and clarinets, Niklas Barno, trumpet, Torbjorn Zetterberg bass and Fredrik Rundqvist drums.
And the album cover shows a deer eyeing up the one remaining flower. I'm sure David Attenborough would have something to say about that. 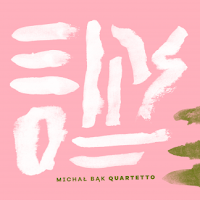 There’s a flood of creative musicians coming out of Poland at present. In fact the Jazzahead Festival in Bremen last April had a night dedicated to young bands from that country.
The Michal Bak Quartetto was not one of them, but they’re certainly a line-up I would relish seeing live. Emil Miszk trumpet, Piotr Checki tenor saxophone, Slawek Koryzno, drums and the leader on bass. They hail from the Tricity region of Poland, centred on Gdansk.
All nine compositions on the album are from the pen of Michal Bak and, as with a lot of recent Polish jazz, there’s a folkish, often melancholic streak throughout. Michal also has a love of the baroque, which also imbues this set. However, it doesn’t stop the foursome venturing into freer territory when the muse takes them.
This, their eponymous debut, was released at the end of 2017 on an imprint I’d not encountered before, but one that seems to be putting out some interesting music, Alpaka Records. 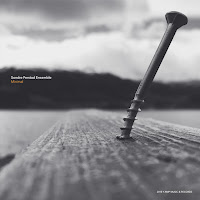 Scandinavia continues to fledge high quality jazz musicians. Here is another young ensemble, this time led by harmonica player Sondre Ferstad. Their debut album features the harmonica in an unusual setting, both in terms of the style of music and the instrumentation. Sondre’s compositions are influenced by jazz, classical and church music and the band comprises harmonica, string quartet, piano, bass and drums. Music that rewards repeat listening.
The whole caboodle is produced by award-winning violin player Ola Kvernberg and was recorded in a village near Trondheim a year ago. Sadly there are no sleeve notes to the album, but there is a final comment from the leader which says of his bandmates ‘You Inspire me a lot, lets make another album’. I very much hope they do. 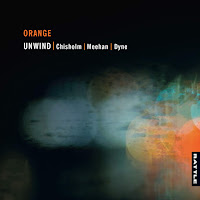 From Norway, we head south to New Zealand. Jazz in chamber mode from the trio Unwind. Hayden Chisholm, Paul Dyne and Norman Meehan, beautifully recorded at Orange Studios in Christchurch by the award winning Rattle Record label.
Pianist Norman Meehan and bassist Paul Dyne are both well established on the NZ scene, but sadly little known in the UK. In contrast, NZ-born, Belgrade-based saxophonist Hayden Chisholm turns up regularly on my end of year lists with bands such as Nils Wogram’s Root 70 and Sebastian Gramss’ Slowfox. He must be one of the most travelled of jazz musicians.

And although I say jazz musician, his interests extend well beyond that genre, composing for film, theatre and more. In fact he’s recently released his second (!), 13 CD set featuring multiple line-ups and styles. And if that’s not enough, he competes in ultra-marathons. That’s one way of improving your breathing technique I suppose. 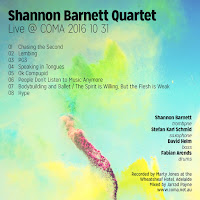 Stefan Karl Schmid on saxophone, David Helm bass, Fabian Arends drums and leader Shannon Barnett on trombone, recorded live at the Wheatsheaf Hotel in Adelaide in 2016. An album released by the Creative Original Music Adelaide label (acronym COMA), an operation that issues its live recordings as free downloads on Bandcamp.
That said, there’s nothing to leave you comatose on this enjoyable release. Some wonderfully blustery trombone from the leader, often reminding me of the great Ray Anderson. Shannon was raised in Australia and now lives in Germany. Here she’s ably supported by her European bandmates.

In fact Shannon has a studio recording with the same quartet on Double Moon Records (titled Hype) featuring many of the same compositions. Both are worth tracking down.

She’s someone I’ll be keeping an eye on. And let’s hope she keeps this top rung quartet together for future recordings. 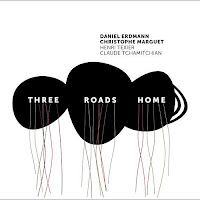 At this year’s Jazzahead festival, I collared saxophonist Daniel Erdmann and extracted (without malice) a copy of his new album Three Roads Home, a recording led jointly with drummer Christophe Marguet.
The pair have previously recorded together as a duo, as well as appearing together in other bands. Daniel has been raising eyebrows with his award winning trio Velvet Revolution, and here his tenor playing confirms he is one of the top exponents on the European scene. Christophe on the other hand, is one of the top drummers on the French scene, leading his own bands and performing with the likes of Henri and Sebastien Texier (see below).
And Henri Texier turns up again here, one of two double bass players to accompany the leaders, the other being Claude Tchamitchian. Some tracks on the album feature one bassist, other tracks feature both. And when the two play together they dovetail perfectly, avoiding any risk of muddying the water, creating a unique sound. 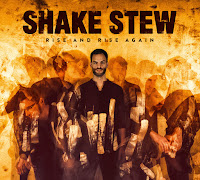 A band from Austria that has been thrilling crowds around the globe in 2018. Driven by the twin basses of Lukas Kranzelbinder and Manuel Mayr, and the propulsive drums of Niki Dolp and Mathias Koch, their energy and enthusiasm is palpable. The fiery front line features the saxophones of Clemens Salesny and Johannes Schleiermacher and the trumpet of Mario Rom. All six compositions are written by Lukas with UK saxophonist Shabaka Hutchings guesting on two tracks.

This is the band’s second outing on record and even though it is studio recorded, goes a long way to capturing their spirit live. Fancy something to turn heads at your next party ? 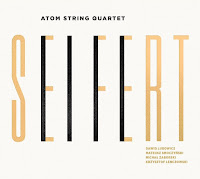 Poland is renowned for top class violinists and one of the most celebrated is the late Zbigniew Seifert. He died in 1979 aged just 32 and alongside Krzysztof Komeda and Tomasz Stanko is one of the most revered of Polish jazz musicians.
And remembering Zbiggy on this album are the Atom String Quartet, a band that has garnered quite a reputation over their eight year existence. They’re a band as comfortable with contemporary classical and Polish folk music as they are with jazz. And alongside the Dutch ZAPP4, they’re one of the top improvising string quartets on the European scene.
Here they interpret ten of Zbiggy’s compositions with gusto, especially when playing pizzicato (….and there’s nothing like a good bit of plucking). Fifty minutes of joyous music. A band to see live if you ever get the chance. 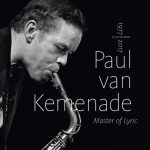 A large parcel arrived at the Cambridge 105 Radio station earlier this year and caused some interest. It turned out to be a LP sized box containing 4 CDs from alto saxophonist Paul van Kemenade, celebrating 40 years in the business.
Each CD documents a different period of Paul’s career, beginning in 1977. They’re supplemented by a sizeable booklet containing a brief biography and a full discography. Plus a series of photos showing how Paul’s hair style has changed across the decades!
Herein there’s music from the Podium Trio, Three Horns and a Bass, tracks with South African musicians and recordings with the Metropole Orchestra led by Vince Mendoza. In fact there’s so much good stuff it’s difficult to know what to play.

And some other releases I wouldn't be without: